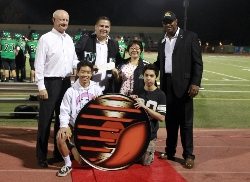 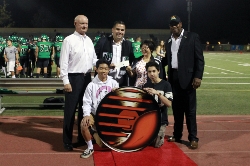 Homecoming is the most likely event that will draw alumni back to a school. At Nogales High School, this is a tradition like at many other schools. However, this year's Homecoming came with an extra special surprise from a well-known alumnus.

Brian Gutierrez, Class of 2008, had just finished his term as a governor-appointed state council member. He used this experience for the next stage of his career as he recently became the Director of Government Relations for DEL Records. DEL Records is the largest Latin Regional Music Record Label Company with Distributor Sony Records Latin.